Perception is communicated to the brain through imagery input from all senses.  In leading people, particularly other leaders, the power of example is critical.  Take, for instance, Rotary's Code of Policy that encourages Districts to have 75 clubs and 2,700 Rotarians.  If Rotary pays little attention to why these goals are not being met; is not inquiring how it could assist districts - its own administrative creations - in reaching these goals, what perception regarding the importance of reaching these membership goals are its district leaders receiving?  The basic leadership fundamental lies in that followers will do what leaders check, not necessarily what leaders expect.
Is Rotary's Secretariat transmitting the perception that membership is important by maintaining and making easily understandable and important membership data readily available; communicating and supporting worldwide membership efforts with accurate, current, meaningful, and helpful information?  Is Rotary's printed and social media communicating the perception that delivering value and creating Rotarians is Rotary's primary purpose? 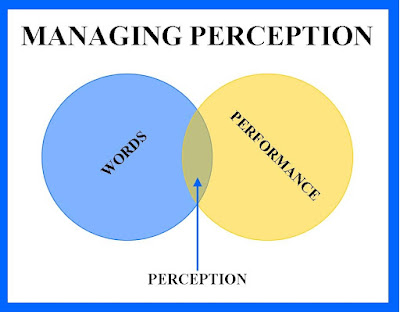 Are Senior Rotary leaders, senior staff, directors, governors, and presidents (leaders who are leading leaders) being educated on the importance of managing perceptions?  For example, are International Conventions, Zone Institutes; Governors-elect and President-elect Training Seminars; International, Coordinator and District Assemblies transmitting the perception that membership is Rotary's top "internal" priority?  Are they delivering quality education on defining and delivering Rotary's differentiating value? Is prime time, display position, and recognition being given to and showered upon districts and clubs with high retention, attraction, and growth rates?
Rotary's Directors and Coordinators actually have been paying more attention to membership.  According to General Secretary Hewko, worldwide membership has increased by over 20,000, and contributions to The Rotary Foundation (TRF) are up.  Are these increases primarily the result of higher retention rates and retained Rotarians increasing their contributions, or to new members?  What could have happened to retention, attraction, and growth rates, and TRF contributions, if district and club leaders had perceived that Rotary's priority was to create Rotarians and performed accordingly?

If the perception is that membership is not important, then directors, coordinators, and governors should not expect anyone to perform as if membership is important.  So I ask:  Is the perception that Rotary's top 'internal' priority of retaining and attracting members being transmitted through its zones to its districts and getting to those who fund Rotary International's activities and operations?
Posted by Jim Henry at 5:16:00 PM No comments:

According to Rotary's Position Statement on the Clinton Global Initiative (CGI), quote, "The Rotary International president and other senior Rotary leaders have participated in several CGI events since 2011.  They have taken advantage of these events - and many others - as a very effective opportunity to establish relationships with potential corporate and foundation partners, as well as to promote Rotary and our causes." unquote.

In attending CGI (and similar) events, Rotary International (RI) leaders are networking with - building relationships with - leaders of other international organizations, which is a good thing.  That simple action brings about two interesting observations: 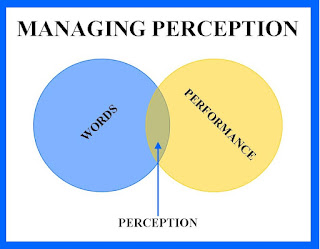 This exemplifies the value of Rotary's Differentiating Value - The Object of Rotary - particularly the importance, in order of priority, of the first two.  But let us further examine this issue from a managing perception and performance point of view to see what Marketing Rotary fundamentals Rotary and its member clubs could learn:
The Marketing lessons are so simple that I shouldn't have to say this, but I will.

Perception Attracts: Performance Retains Part II will discuss the perception Rotary's districts and member clubs are receiving regarding the priority Rotary places on retaining and attracting members.
Posted by Jim Henry at 7:15:00 PM No comments:

Rotary and the Clinton Global Initiative 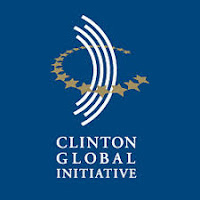 Rotary's participation in the Clinton Global Initiative (CGI), sponsored by the Clinton Foundation, has stimulated comments from Rotarians on Facebook and Twitter, rumors, some misguided cartoons, and a few interesting emails in my inbox.  Well, probably a surprise to many Retention Central followers, the Hopeful Rotarian supports Rotary's participation in the CGI.  The reason is simply:  if Rotary doesn't pursue its primary purpose - creating Rotarians - it will lose credibility and cease being a key influencer on the world stage.

You can bet that the 2013 and 2014 CGI Meetings' featured attendees (Senior officers representing organizations like Freeport-McMoRan Copper and Gold; Ooredoo Group; General Motors; IBM, Farmers Insurance; Alibaba; Eileen Fischer, Inc; The Travelers Companies; Tupperware Brands Corporation; The Paulson Institute; Lego Foundation; Hess Corporation; The Coco-Cola Company; Avon Products; Guardian Life; Johnson Controls; Marriott International, Inc.)  are well aware that their participation on the world stage depends upon their ability to continually retain and attract customers.  Maybe this basic business fundamental will rub off on Rotary leaders who attend and network with such people.  Perhaps Rotary leaders will ponder the question, "How much influence could Rotary yield in this group if they realized that, for twenty years, Rotary's top priority has not been retaining and attracting those who support Rotary?"

Rotary is putting more emphases on creating Rotarians at the Director and Coordinator level, but that initiative is simply not getting through Rotary's administrative districts to Rotary's supporters - Clubs and Rotarians.  If Rotary does not prioritize and create a unified, continuous Marketing initiative that penetrates its administrative districts' leaders and gets to Clubs and Rotarians, its future position on the world stage will be jeopardized!
Posted by Jim Henry at 6:22:00 PM No comments:

A Diamond is Forever. Is Rotary? 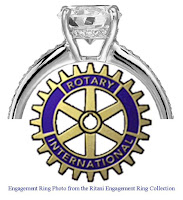 Diamonds sold in engagement rings are rather common.  If one doesn't believe this, look at the quantity on display in retail outlets and on the internet.  And only persons knowledgeable about gemstones are normally able to differentiate diamonds from cubic zirconia or polished crystal.  So why do men spend several months' pay for diamond engagement rings?  Many believe it is because De Beers' decades-old memorable tag line A Diamond is Forever telegraphed to their beloved that his love for her was everlasting.  In other words, even after all the negative publicity, De Beers continues to telegraph that diamonds portray the happily-ever-after dream.
How many people dream or aspire to be a volunteer?  Rotary International, a network of leaders, frequently uses that noun to describe Who Rotarians Are, and frequently visually communicates that Rotarians are just volunteers.  In a recent Rotary International District Leadership Training survey, one of the questions asked if district leaders would attend a seminar on leading volunteers.  How about offering a seminar on leading leaders?  Leaders have different psychometric and behavioral mindsets than ordinary volunteers.  To many this may seem to be just a matter of semantics, but there is a critical difference - a Big difference - a HUGE difference in the emotional message triggered when using volunteer as a descriptive noun to describe Rotarians, or in visually implying that Rotarians are ordinary volunteers.  For example, what emotions about Rotary, local Rotary clubs, and Rotarians are communicated in these messages?

Does Rotary International want the non-verbal, emotional message transmitted by the Rotary logo, the Rotary lapel pin, press releases, internet posts, and features in Rotarian magazines be that Rotary is a network of volunteers?  If not, then its internal and external marketing must cease using the word as a descriptive noun.  Of course Rotarians volunteer their resources to make the world better, one community at the time, but in this sentence, volunteer is properly used as a verb, not a descriptive noun.

Rotarians, and particularly those responsible for Rotary's public image, must clearly understand what it means to be a Rotarian.  Then, and when the organizations to which they pay to be members recognize and treat them accordingly, Rotary will escape from the crowded world of being an organization of ordinary volunteers doing good things and be an organization of Rotarians.
Posted by Jim Henry at 5:40:00 PM No comments: