The Object of Rotary & Networking go Hand in Hand 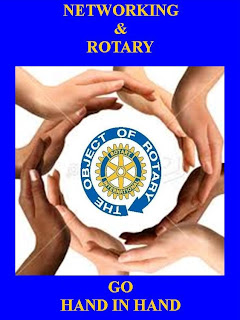 I've been in Rotary for over forty-four years.  Bear with me as I tell you about Jean and Lex who, for business reasons, joined Rotary to network.  The names, of course, have been changed to protect the guilty.
In 1990, Jean, fresh from dental school, started a dental practice and was proposed to become a member of a Rotary club.  She had two pre-schoolers, a residential contractor husband, and heavy debt.  After the ‘fireside chat’ she was invited to fill out an application and became the second woman in a sixty member club.  The president assigned her to a committee in which she actively participated.  She came to Rotary almost every week and made particular effort to sit with different groups.  The next president asked Jean to be the bulletin committee chairman.  She accepted; the first of several committee chairmanships on her way to becoming club president nine years later.  As she progressed in Rotary, her dental business grew.  Many Rotarians and their families became clients.  Today, she has a highly respected practice and is influential in civic circles.  She is a TRF major donor, a member of the Bequest Society, and takes time to contribute dental services through local and international organizations.
Two months after Jean, Lex, the branch manager of a nationwide home services company, became a member. The president assigned him to the same committee as Jean, but he had limited participation.  Throughout the year, his attendance was sporadic.  During his month as the club’s greeter, he missed two meetings and failed to arrange replacements.  The next Rotary year, he was asked to take a month on the program committee but turned it down because he was "too busy".  Later, his company’s regional vice president was in town on his annual visit, and Lex took him to Rotary.  After lunch, the vice president asked Lex if he could trace any business back to his Rotary contacts.  Lex couldn’t.  A little over a year later, Lex resigned from Rotary citing that it was "too expensive and time consuming."


Networking is only as effective as the value delivered.  Jean effectively networked.  Lex didn’t.
Posted by Jim Henry at 8:52:00 AM No comments: 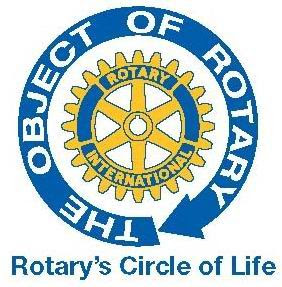 Most people join local Rotary clubs because they want to establish additional friendships with like-minded people and to make an impact, first in their local community then internationally. If early in their professional careers, they may also want to develop or improve their leadership skills. When relocating, they want to establish friendships while rebuilding their personal back-up systems, or as Rotary’s founders put it, development of acquaintances as an opportunity for service. It may be for business reasons, social reasons, or service reasons, but it’s still networking and developing friendships.
New members, particularly those in growing businesses, want to be known as having high ethical standards in their business and profession. Rotarians dignify and treat their own occupation as an opportunity to serve society. While satisfying these initial needs, members learn about the worthiness of all useful occupations, and that everyone benefits when applying the ideal of service to their personal and business lives. If clubs have been diligent in maintaining their WHY factor, members will enjoy witnessing high ethical standards in use and see that applying the ideal of service to their community life is beneficial to all concerned, including themselves, learning that service is self.
Members participating in one or more of the many international opportunities the Rotary organization offers enrich their lives by personally advancing international understanding and building goodwill with others united in service.  By this time, twenty-plus-year Rotarians have developed lifelong friendships and experienced years of varying types of service.
In clubs that effectively advance the Object of Rotary, veteran members will continue to develop acquaintances as an opportunity for service by sharing life experiences with new Rotarians, completing Rotary’s Circle of Life.
Posted by Jim Henry at 8:05:00 AM No comments:

A few days ago I received a LinkedIn alert that one of its discussions encouraged presidents-elect to input their goals on Rotary Club Central.  Within hours I also received a phone call from a Rotary leader wanting to discuss presidents-elect training seminars and district assemblies.  During the conversation I was asked my opinion on what could be done to encourage clubs to do more projects and programs and utilize Rotary Club Central, Club Runner, or the customized district and club data base DaCdb. 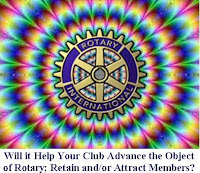