Rotary International should Influence What Should be Done, not What Can be Done 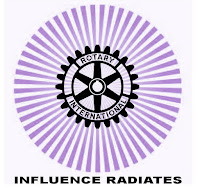 
Rotary International's purpose is to create and support Rotary clubs as they create and support Rotarians.  The survival of both is dependent on dues-paying members.  In local communities throughout the world, the people Rotary clubs generally like to attract concentrate on local outcomes.  A popular concept used in attracting them is,    "We can do more together than you can do alone." Unfortunately, analyzing historical and current information, including presidential citations, Rotary Club Central (RCC), educational materials for seminars and assemblies (including the International Assembly), RI tends to focus more on lower levels of influence i.e. more on what can be done instead of what should be done.
Membership is an excellent example. Focus should be on the outcome: creating Rotarians.  Instead past and current focus is generally on low level specific numbers of people, often targeting specific genders, generations, and/or ethnicities.
In service, present RI focus is on low level influences like registering projects on RCC, keeping track of volunteer hours, and emphasizing dollars contributed. Imagine where polio eradication would be if Rotarians had focused on volunteer hours and dollars contributed instead of the outcome.  Of course, volunteer hours and contributed dollars are tools that can help achieve outcomes, but they are not the focal point; the outcome is! Concentrating on such low level influences probably generated steam as RI evolved into promoting itself and its member clubs as service organizations of choice.  This no doubt led many RI senior and staff leaders to consider Rotarians to be ordinary volunteers and sources for contributions instead of people who prefer to expend their time, treasure, and talent achieving local outcomes.
For example, in 's , over 50% of its elementary (primary) students are under-privileged. They do not have access to the resources and experiences of the other students. These children are highly susceptible to dropping out of school because, as years pass, they fall farther and farther behind. Rotarians in the Rotary Club of Sarasota have been influential in expending their time, treasure, and talents helping these under-privileged kids achieve grade level expectations.  The club's foundation dedicated seed funds. Rotarians influenced other local organizations to match the funds. They financed school-based food pantries, reading labs, and dental sealant/exam programs, and staffed some of the pantries. The outcome is that student attendance rates are up and grade level math and reading skills have improved in some schools by 58% and 56% respectively.

Like polio eradication, the overall value of the initiative cannot be determined, but isn't this type outcome more important and appealing to existing and future Rotarians than popularizing the number of volunteer hours or contributed dollars? RI, an organization that demonstrates high level influence with organizations like the United Nations and the Gates Foundation, should not be encouraging its member clubs to achieve what can be done.  It should concentrate on influencing the entire Rotary network to do what should be done because, as vividly demonstrated by Rotarians in Sarasota,

Why Engage if Rotary Cannot Retain? 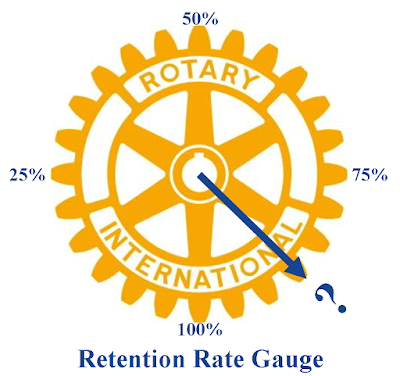 In membership metrics, retention rates rule the data set.
Without retaining Rotarians everything else is irrelevant, including attracting and engaging new Rotarians.  Engaging is a means to an end, and the only effective measure of engagement's success is how many become and remain Rotarians.
Retained Rotarians, by word of mouth, usually attract and engage potential Rotarians.  But let's face it:  clubs can have high numbers of Rotarians and friends engaging in activities.  Does that mean that the Rotarians will remain; that friends will want to join a Rotary club?  Maybe.  It all depends on how the benefits of engagement relate to the engager's needs and priorities, including the cost in time, talent, and/or treasure. The same fundamental principle applies when groups consider engaging with Rotary International. Without question, retention rates rule when it comes to measuring clubs, districts, zones, and Rotary International's effectiveness at engaging Rotarians in advancing the Object of Rotary.

All interactions between Rotary International, Rotary clubs, Rotarians, and potential Rotarians should be based on the concept that