Historic Membership Development by the RI Board of Directors

A huge Retention Central Thank You goes to the group of senior leaders that have spearheaded this initiative.

Rotary is at a critical point with respect to membership.  For nearly 20 years, membership has, at best, remained stagnant.  Significant changes need to be made in Rotary’s approach to membership if it is to continue to thrive in this century.  This membership development strategic plan endeavors to align operations and resources to Rotary’s strategic priorities and enable the Membership Development staff team with the guidance of the Membership Committee and support from the RI Board, to revitalize the traditional club model and also develop an alternative membership model that may prove more relevant and attractive to younger and future generations. In order to institutionalize a commitment to long-term membership sustainability and growth, this plan aligns with the RI Strategic Plan and supports and strengthens clubs so they may remain relevant and attractive to new members while also engaging to existing members.

For Rotary International, this is Visionary, to say the least.  Such verbiage as 'Coordinated Institutional Focus', 'target market', 'qualifications for membership',  'strengthen district and club membership teams' 'Member Attraction', 'Improve membership recognition opportunities', 'leverage annual Conventions and conferences as a better opportunity to connect with members' coming from Rotary International is refreshing.  Now the plan has to be put into action, otherwise it is just a dream.
Posted by Jim Henry at 12:59:00 PM No comments:

Rotary in North America - the Series

In 2011, Retention Central published the four-part Rotary in North America series.  All parts were on Retention Central's Most Widely Read list for a some time, Part IV the longest.  As time passed, requests for reprints have declined.  Now that clubs are being asked to be more active in Public Information, these may be worth reviewing.

Here are links to each part in the series: 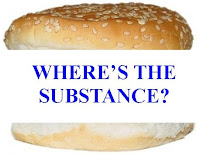 Together we can get out of the ruts of membership decline in North America.  It can only happen when every Rotarian recognizes that clubs must know what their present and future members value and deliver that value.  Rotary International and member clubs must recognize that the only true measure of whether or not clubs are effective at delivering value are their
Retention and Growth rates.
Posted by Jim Henry at 3:58:00 PM No comments: 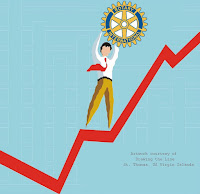 In 2009 and 12, Retention Central posted a set of guidelines Rotary clubs could use to help return to a steady membership growth position.  The guidelines are also applicable to Rotary International (RI), as posted in the 2014 Rotatorial available at this link.  For the convenience of anyone who may be interested in reading the material, here are the links to the guidelines, which should be read in the listed order:

Retain to Gain - Establish a Vision

Retain to Gain - Do not Declare Victory too Soon

The fundamentals discussed in this series are applicable to any organization regardless of its type or size.  The examples could be updated, but the fundamental principles are timeless.  RI and some member clubs have made major progress in prioritizing membership since the publishing of these guidelines.  In November, based on these guidelines, Retention Central will rate RI's progress.
Posted by Jim Henry at 5:54:00 PM No comments:

It doesn't make sense for Rotary to attract smart members with enterprising minds then tell them how to pursue its objective.  They should be telling Rotary how. 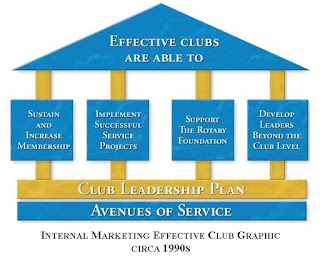 Many will say that Rotary has never tried to tell members how to pursue its objective.  Maybe not in so many words, but a decade long study of past verbal and non-verbal communications indicates otherwise.

Perhaps it started when "the little California club that could" told Rotary that to advance the Object of Rotary in their community, it needed local leaders who happened to be female.  Rotary told them that was not the way to pursue its objective.  The little club pressed, and we all know what happened.  During the same time period, Rotary began the pursuit of eradicating polio from the world.  As time passed, eradicating polio became not only Rotary's objective, but its obsession.  Few can effectively argue that Rotary communicated, particularly in , that contributing, through The Rotary Foundation, was the way members could pursue its objective; that Every Rotarian Every Year (EREY) was the way all Rotarians could pursue Rotary's objective.  Accolades and choice positions were given to Rotarians who excelled in helping Rotary pursue these objectives.  And Rotary created the above graphic that communicated to Rotary clubs, especially at Presidents-Elect Training Seminars (PETS), the way to effectively pursue Rotary's objective.
Something happened to Rotary on the way to helping rid the world of polio:  Rotary leaders forgot that Rotary's objective was to advance the Object of Rotary, which transcends social action.  They became centered on this obsession and lost the concept that pursuing the elimination of polio was a result of Rotarians advancing the Object of Rotary and that TRF was, and still is, a Rotary attribute that helps them do so.

I recently communicated with a friend who had just facilitated at a Rotary Leadership Institute (RLI).  My friend said, "Last weekend I facilitated Part One Class One at RLI - The Object of Rotary. What an eye opener it is for most Rotarians new or old."
"Why is it an eye opener?" I asked.
"Both long term and new Rotarians had virtually the same amount of knowledge of the Object of Rotary. That is none."

Rotary may be going through the painful process of redirecting organizational silos toward its purpose - creating Rotarians who can tell it how to advance the Object of Rotary.  But the non-verbal part of the above conversation communicates that we have a long way to go.
Posted by Jim Henry at 11:34:00 AM No comments:

Why Rotary Clubs Should be Exclusive!

Many organizations are, for good reason, exclusive: they want to attract only those who can support their objectives.  Exclusivity and scarcity are key drivers behind their value proposition and often trigger people's desire to learn more about the organizations.  Rotary clubs are, or should be, such organizations, and Rotary International (RI) should prioritize and support their initiatives.  Therefore, the phraseology of written and spoken public statements (The New Focus) about RI and its member clubs is crucial.  The phraseology should stimulate key emotions and/or curiosity that:
·        Reflects appreciation and positive recognition for existing Rotary club members.
·        Triggers a desire in readers and listeners to want to know more about Rotary.

Case on point: On the RI website home page the opening sentences are: "This is Rotary.  We are neighbors, community leaders, and world citizens united for the common good. With you, we can do more."
Critically analyze these sentences from the reader's point of view.  "Welcome to Rotary." Ordinary, but the reader is at, or on, RI's website, not at, or in, Rotary.
Next: "We are neighbors, community leaders, and world citizens united for the common good." First, according to its own messaging guidelines, Rotary refers to Rotary International and The Rotary Foundation.  Most readers, including Rotarians, would not know this.  Second, the sentence appears to want to communicate that Rotary is one big family that includes virtually every person in the world.  Reading this, the doubt "I am a world citizen and neighbor.  Why should I become or remain a Rotary club member?" may creep in and haunt the reader's subconscious.
Then the closing: "With you, we can do more."  These are recruiting, not attracting, words! These six words clearly say that Rotary wants them so it can do more.
Is there any phraseology in these three sentences to suggest that the reader would derive any value if they associated with one of its member clubs; that arouses enough desire in them to explore Rotary more thoroughly?
Maybe, but suppose the website's opening statement went something like this: "Rotary International is a worldwide association of almost 35,000 autonomous Rotary clubs.   Club membership is by invitation only and consists of local active and retired business, professional, or community leaders who, through fellowship and service, make the world better, one community at the time."
These two sentences contain more words, but analyze the information they communicate to all readers.  First, they tell readers what RI actually is, something many Rotarians do not know.  Then they softly compliment Rotarians as they tell non-Rotarians:

RI's objective is to advance The Object of Rotary.  To do so, it must charter new clubs and support all clubs in their efforts to attract and retain members.  Public messaging phraseology should create moods and trigger emotions in existing and potential Rotarians.  When developing taglines, phrases or elevator responses addressing What Rotary is or Who Rotarians are, writers must keep in mind that the goal is to stimulate the emotions and curiosities of the few who may have a desire to become a member, and remind existing members of why they are Rotarians.
Posted by Jim Henry at 7:32:00 AM No comments: