Are Rotary Clubs Connected to their Members?


To read why interconnection is necessary to have a strong local identity, and how a club and STAR could interconnect, please click here . . .

Are P.E.T.S. Focused on Presidents-Elect? 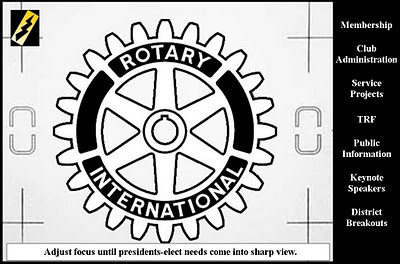 ARE P.E.T.S. FOCUSED ON
PRESIDENTS-ELECT?
In , the now eighteen-year drop in membership, and the over twenty years of organized Presidents-Elect Training Sessions (PETS) is too close of a relationship to be considered a mere coincidence.  From this observation, two propositions could be debated:
1:  PETS slowed the rate of our membership decline.
2:  PETS contributed to our membership decline.