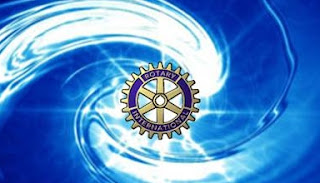 One of the major reasons Rotary has membership problems is that clubs and Rotary International (R.I.) have not paid attention to the number of new members inducted.  For years, R. I. Presidents, Directors, and District Governors have awarded net growth citations based on membership numbers at specific interim cutoff dates like March 31.  Based on the number of citations and awards issued between 2003 and 2009, seven years when Rotary’s worldwide membership was stable at just over 1.2 million, if this practice had been even close to realistic, Rotary’s membership should be approaching 1.5 million today.  But we all know what happens.  In addition, much credence is placed on fictitious June 30 membership numbers.
These practices are based on False Positive Error interpretations because the data is not only fictitious, it eliminates the retention/new member effect, preventing both from entering leaders’ collective consciousness.
R.I. is encouraging clubs to plan for multiple years.  R.I. should set the example and award membership recognition based on July 1 – July 1 and January 1 – January 1 semi-annual reports (SARs), and the number of Rotarians inducted during the same time period.  Extensive planning should be based on July 1 SARs, commonly called start figures.  This is hard, accurate, data because clubs will only report on members who are current with their dues.  This should eliminate membership recognition and planning based on False Positive Errors.  Besides, The Only Accurate Measure of a Successful Rotary Club is its Ability to Retain and Attract Members.

21.April.2016 UPDATE
Rotary International is now expecting payment based on the number of members on record as of June 30 and December 31, which are now being treated as the official membership numbers.  The practice of using interim cutoff dates, as of July 1, 2016, has finally ceased.  This eliminates a major false positive data point.  However, Rotary International is still not prioritizing membership development  and reporting retention and attraction rates, which, when combined, give a single, critical membership data point, the RG Index for clubs, districts, zones, regions, and RI itself.

Another Example of a False Positive Error
Surveys, public information pieces, and seminars should not refer to or treat Rotarians as ordinary volunteers!  They are not. Differentiation is essential.
Posted by Jim Henry at 11:51:00 AM