Part I - Supporting The Rotary Foundation Should Help Clubs Retain Members. Does It? 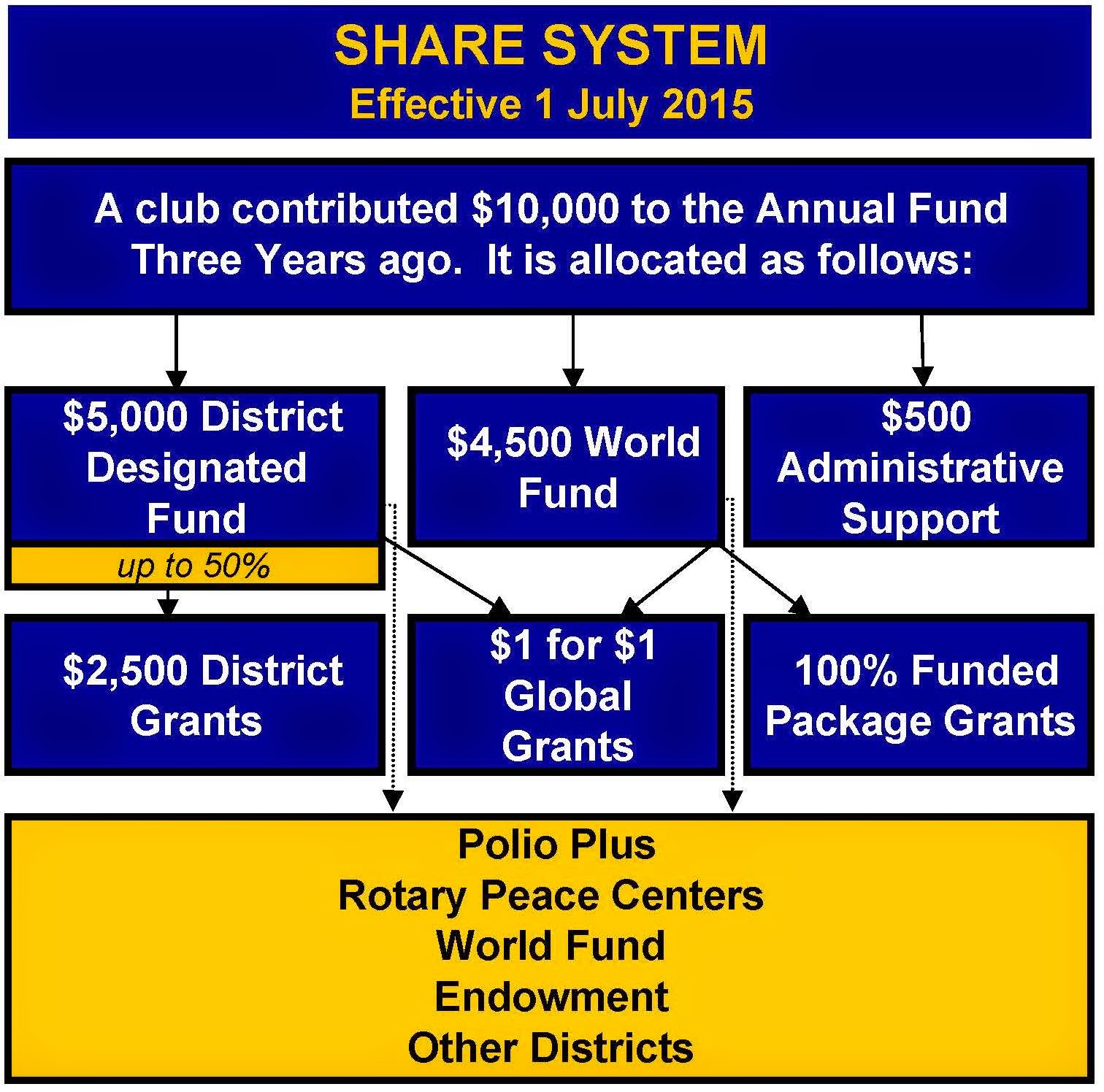 According to the Rotary International (RI) Code of Policies, RI, the association, ". . . represents, protects, encompasses, and promotes the interests of its membership, and it exists to serve the membership."  Rotary clubs are community based organizations.  From their local social fabrics they attract and retain dues paying members - local people with enterprising minds.  The Rotary Foundation (TRF) is an important and influential Rotary attribute.  So here is a critical question that should be thoroughly examined:  Does TRF help RI serve its membership?  It should.  It could.  But when critically analyzed, does it?
Members of local Rotary clubs the world over want to improve life for themselves, their families, their community, and the world - in that order.  So let's analyze a particular scenario of the Share System from a local North American club's viewpoint.  The club wants to fund a local $5,000 project that qualifies in one of Rotary's six areas of focus.  Like many clubs, it has been told that if the club fronts $2,500, the project may qualify for a $2,500 match from District Designated Funds (DDF).  That's plenty fair - a dollar-for-dollar match.  But is it really a dollar-for-dollar match?  This sample club, for instance, annually contributes $10,000 or more to the Annual Fund.  The $10,000 is divided into $5,000 for DDF, $4,500 for the World Fund, and $500 for administrative costs.  Again, that's fair.
According to TRF rules, 50% of DDF can be used for local projects.  Local club members, people with enterprising minds and without TRF branded on their brain, quickly calculate that the actual cost just to qualify, without any guarantees, to use DDF for its $5,000 project would be $12,500 ($10,000 three years ago + $2,500 to have on hand for a match.)
Okay.  All Rotarians want to advance the fourth Object of Rotary and can do so by contributing to the World Fund.  No problem.  But under the above scenario isn't it only logical that local North American clubs in districts where TRF committees operate in similar fashion would think, "Let's just contribute $5,000 directly to the World Fund and use the other $5,000 for our local project now.  The World Fund gets $4,750 instead of $4,500, and we save $2,500 that can be used for other projects.  In addition, the club doesn't have to go through TRF and the district, wait three years, and then maybe get to use 25% of the $10,000 we contributed to TRF three years ago." Cap this thought process with the concept that some North American districts say that to be eligible to apply for DDF clubs must contribute $100 or more per capita to TRF's annual fund. So, getting logical once again wouldn't enterprising minds think along these lines: "Our first priority is to attract and retain members from our local social fabric.  How does this help us?"

Rotarians do like to support worthwhile projects throughout the world, but most, particularly new ones, want to make a difference in their local communities and, in our fast-paced world, do it with more speed and delivery. Records indicate that ten-year Rotarians donate 350% more per capita to TRF than two-year Rotarians.*  So shouldn't TRF be interested in helping clubs retain members?  Is that philosophical and marketing approach missing in TRF seminars throughout the world?

*For confirmation, ask the RI director representing your Zone.